There was this low german saying on my mind, which means: When the sun shines on a wet bush there will come the next shower soon.
I called my grandmother to ask her for the exact wording. Soon after our conversation she sent me a book with low german songs and counting-out-rhymes. It was the first book she bought from money earned by herself.
Sylvie and me sang these texts, played piano and accordeon in a garage we designed as a performative stage. 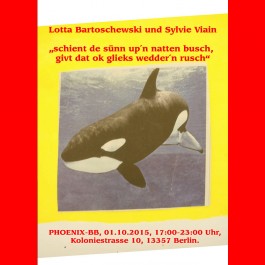 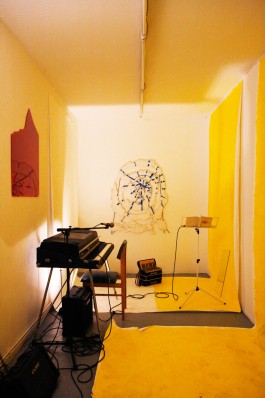 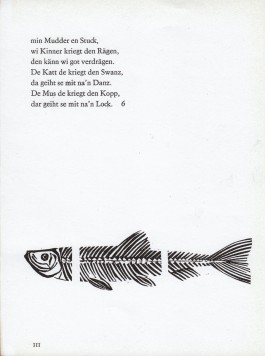 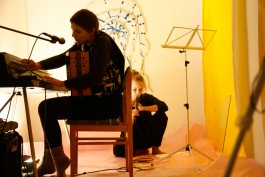